A common frustration and confusion with clients is when their website images don’t appear as they expect. They think the image is too zoomed in, or too cropped or too panoramic feeling. This is because we need to consider how an image behaves with wherever it’s being placed.

For visualization purposes, let’s imagine the image is placed within a box – because indeed it is – whether it’s a slider, or an image grid, or a full width image.

There are three options for your image within that box

Consider the below two examples with the pink image box and observe the image placed within the image box. 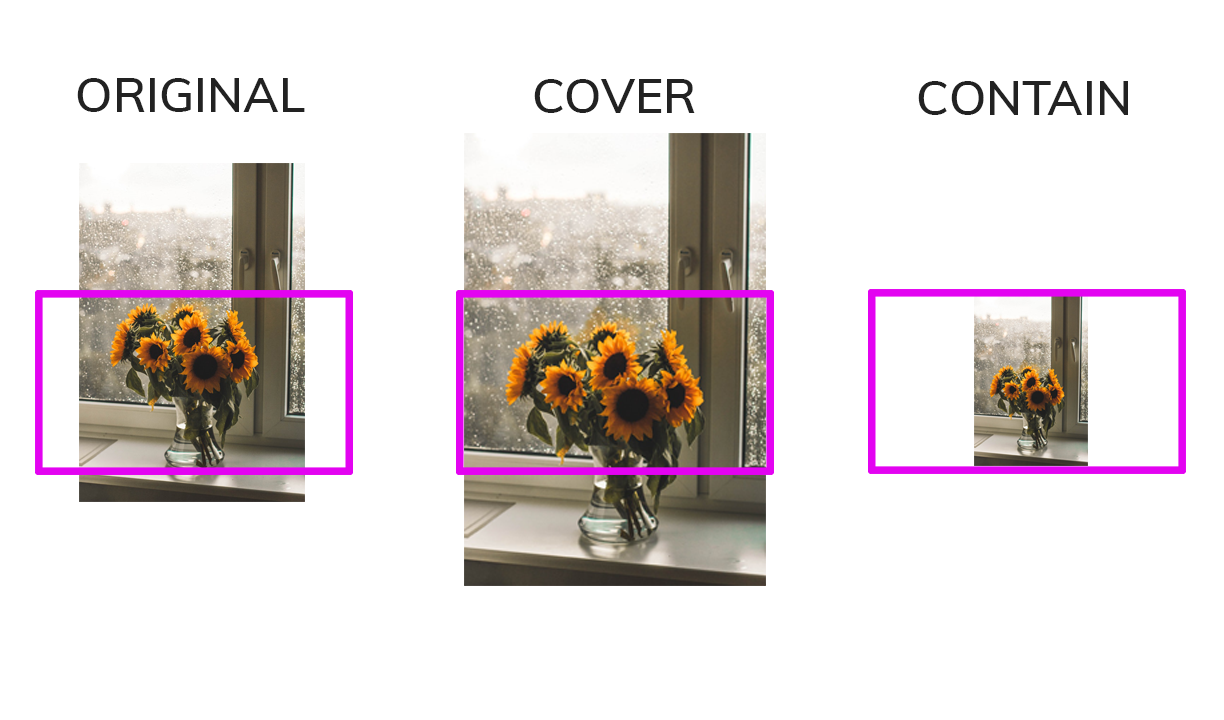 If you are looking to add images to a full-width slider for example, then you want to cover the image box. With that, the above pros and cons will apply. The best solution is to pick images that either are generally around the same height and width (aspect ratio) as the slider image box, or better yet choose images that aren’t compromised with some zooming and cropping.

Images that work well in sliders

Images that do not work well in sliders

Below is a visual example of what an image needs to do in order to fit a sliders image box – shown as the bright purple box. You will see the image has to zoom in in order to cover the image box area. If your slider is the full width of your webpage, it will need to cover the slider image box.

The image will have to zoom in a lot if the image is a long rectangle as shown below. Look at the original image, and look at how little of the image we see when we zoom it in in order to fill the slider box.

These considerations apply to any image whether it’s a slider, grid, slideshow, carousel or full width image. Another huge factor is responsive design and how the image box can potentially change with the screen size, but that’s a gigantic topic that I might cover later 🙂

Visuals are so important to your site. The judgment and use of those visuals is equally important. The reality is: what you want to work might not always translate to web. Don’t force something that isn’t working.

If an image you love isn’t working perfectly on a slider – it’s best to not use it on the slider and find somewhere else to place it. A great impression is more important than a single image.